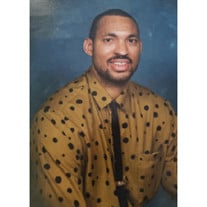 Barry Stewart Holland, Sr., 62, an Army veteran and retired postal worker, passed away suddenly of natural causes in his home on Saturday, July 20, 2019.  Barry was born on August 9, 1956 in Beckley, WV; 5th child to loving parents, Russell Harvey Holland, Sr. and Mary Louise (Hamlet) Holland.  He is preceded in death along with his father; his brothers, Russell, Jr., Anthony, and Eric.  The Holland family relocated to Cleveland, OH in 1958 where Barry grew up. He graduated from Glenville High School in 1975 and joined the United States Army immediately after graduation. In 1985, Barry was discharged from the US Army and took a job with the US Postal Service.  In 2002, Barry took early retirement from the USPS and obtained his Commercial Driver's License and began a career as a long-haul driver.  Barry finally settled into retirement at the West Virginia Veterans Home in Huntington, WV in 2012 and started a new career in Information Technology.  He is survived by two sons, Pravine and Barry, Jr.; and two granddaughters, Xaniyah Holland and Trinity Chavon Jordan.  Also, surviving are his sisters, Ophelia (Curtis) Gallagher-O'Neal, Regina (Donald) Strother, Vanassa & Aldona and a host of loving family members and friends who will dearly miss his infectious buoyancy and optimism.  A memorial service will be held at 10:00 A.M., Saturday, August 3, 2019 at Everlasting Baptist Church located at 579 Eddy Road, Cleveland, OH 44108.  Online condolences may be expressed to the family below. FC19-065

The family of Barry Stewart Holland, Sr. created this Life Tributes page to make it easy to share your memories.