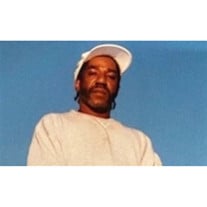 Clifford Bailey Born to the late William B. Bailey and the late Bessie Cameron Bailey in Detroit, Michigan on October 18, 1956.  He was educated in the Wayne County School system.  Clifford had past employment with several companies in the... View Obituary & Service Information

The family of Clifford Bailey created this Life Tributes page to make it easy to share your memories.

Clifford Bailey
Born to the late William B. Bailey and the late...

Send flowers to the Bailey family.