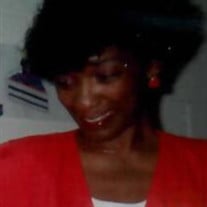 Deborah Sue Brown of Huntington, West Virginia, entered into eternal rest on February 13, 2022, at the age of Sixty-Three years, Nine months, and Six days. She was born May 7, 1958, to the late Lavonia Clark and Frank Brown. In addition to her... View Obituary & Service Information

The family of Deborah Sue Kay Brown created this Life Tributes page to make it easy to share your memories.

Send flowers to the Brown family.