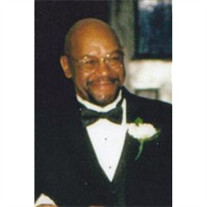 "P-Man" 71, of Huntington, WV went to be with the Lord on Tuesday, April 24, 2012 from St. Mary's Medical Center. He was born March 21, 1941 in McDowell County, WV to the late Earl and Susan McDowell. He attended Barnett Elementary and Douglass High School where he excelled in football and basketball. He graduated from Douglass in the class of 1959 and earned a scholarship to Bluefield State College to play football. He graduated four years later with a Bachelor's Degree in Physical Education. He served in the US Army during the Vietnam War from 1965-1967 where he was awarded the Vietnam Campaign Medal, Vietnam Service Medal, National Service Medal, Combat Infantryman's Badge and the Purple Heart. He also traveled around the world while in the military. He was employed at Tinker Air Force base where he served as the Athletic Director until his retirement in 2001 and he relocated back to his "old stomping grounds". He enjoyed his family and was well respected, well known and loved to play cards with his friends on Friday nights. He leaves to cherish his memories: His Children; Debbie Gibson and Randy Smith of Huntington, WV, Franklin (Lusi) McDowell of Midwest City, OK. 13 grandchildren; Rodney Gibson, of Parkersburg, WV, Deric and Dominique Gibson, of Huntington, WV, Jasmine, Dominique, Kailee and A'Mharee McDowell, of Garden City, KS, Sasha Drones, of Wichita, KS, Ericka, RJ, and Jasmine Smith, of Richmond, VA, 2 great-grandsons, Mr. J'Von, and Zavian McDowell, of Garden City, KS. Three Sisters; Kathryn McDowell of Cincinnati, OH, Peggy M. Woodson and Tracy McDowell of Huntington, WV, Brother; James McDowell of Burlington, NC. A special friend Mary Williamson, and his cockatiel, "gabby", and a host of other relatives and many friends. Services will be 12:00 Noon Saturday, April 28, 2012 at Young Chapel AME Church with Pastor ReLoy Gainey, officiating and Reverend Roy E. Terry, Eulogist. Friends may call from 6:00-8:00PM Friday, April 27, 2012 at the church. Burial with Full Military Honors will be 11:00AM Monday, April 30, 2012 at the Kentucky Veterans Cemetery North East, Grayson, KY.

"P-Man" 71, of Huntington, WV went to be with the Lord on Tuesday, April 24, 2012 from St. Mary's Medical Center. He was born March 21, 1941 in McDowell County, WV to the late Earl and Susan McDowell. He attended Barnett Elementary and Douglass... View Obituary & Service Information

The family of Donald Earl McDowell created this Life Tributes page to make it easy to share your memories.

Send flowers to the McDowell family.