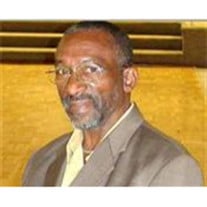 We are here to celebrate the life of Harold Lee Johnson Jr. 61, (affectionately known as Rickey, Rick, even Skinner) He was born June 7, 1950 in Huntington, W.Va. the first born to Harold Lee Johnson Sr. and Norma Jean Johnson. Harold was raised in a strong Christian family, and was baptized and accepted Christ at an early age as a member of First Baptist Church. His elementary education began at Oley Elementary, then Simms Elementary; he then attended Oley Jr. High School where he excelled as a student having the highest grade point average of all the male students for his junior high school year. His family then relocated to Washington D.C where he attended and graduated from McKinley High School. Upon graduating from high school he attended Howard University. Harold was in the Army for a short period of time. After living in Washington D.C. and California he decided he wanted to move back to Huntington where he felt the most comfortable. He worked as a drug counselor for a brief period. He was thoughtful, kind, considerate, loving, and extremely intelligent and on top of all that also handsome with a great sense of humor who loved Jesus. Harold loved attending Sunday school class at First Baptist and enjoyed the idea of maybe becoming a deacon. He also enjoyed those breakfasts they had at the church. When he left First Baptist Church he began attending and joined Antioch Missionary Baptist church where he was an active member and really enjoyed Pastor Reginald Hill's preaching. Harold departed this life on Friday, November 11, 2011 at his home. As his spirit returns to God who gave it, he is lovingly remembered by his sister, Jeanne Johnson-Longino (Darryl), and his brother, Damon Johnson (Ernestine). He also leaves to cherish his memory, his nephews, Kevin Johnson, and Matthew Longino, great nephew Trevin Johnson and niece Mercedes Johnson along with special aunts Edith Johnson and Hazel Spencer, uncle Kenneth (Kenny) Johnson, special cousin Randall Walker (Randy), along with a host of other cousins, relatives and friends and dear friend Leon (Dubug) White. A memorial service will be held Saturday, November 19, 2011 at 12:00 noon at Antioch Missionary Baptist Church, Huntignton, WV.

We are here to celebrate the life of Harold Lee Johnson Jr. 61, (affectionately known as Rickey, Rick, even Skinner) He was born June 7, 1950 in Huntington, W.Va. the first born to Harold Lee Johnson Sr. and Norma Jean Johnson. Harold was raised... View Obituary & Service Information

The family of Harold Lee Johnson created this Life Tributes page to make it easy to share your memories.

We are here to celebrate the life of Harold Lee Johnson Jr. 61,...

Send flowers to the Johnson family.