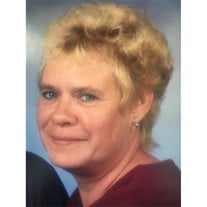 Ire Pearl Collins Of Wayne, WV, departed this earth on Wednesday, April 1, 2020 at the age of Sixty-Three years, Six months & Five days. She was born September 27, 1956 in Williamson, WV to the late James and Ethel (Hensley) Collins. In addition... View Obituary & Service Information

The family of Ire Pearl Collins created this Life Tributes page to make it easy to share your memories.

Send flowers to the Collins family.