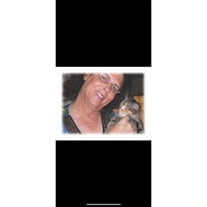 Jessica Kendra Travis was born to Lillie Mae (Gates)Travis and Jesse Ted Travis, in Harrisburg, Pennsylvania, on September 24, 1950. Jessica moved to Chicago at an early age. She was educated through the Job Corp system in Texas, where she graduated with honors. She went on to serve her country, in the US Navy. Jessica worked for Airborne Express for many years until retirement.  After retirement, she went on to work for the Westside Veterans Administration as a nurses aide, where she took care of many patients. Later she transferred to the facility in West Virginia, taking up the same role. Jessica had two lovely daughters, whom she loved dearly, LaTania Bradley (Darnell) and Monique Moore (Sean). She moved to Huntington, WV and cared for her two loving cats, Teddy and Dora. They were her babies. To see Jessica, dancing, bowling and roller skating, she was in her element. She was a very avid reader and enjoyed a good book such as sci-fi / fantasy, horror and mystery. She enjoyed spending quality time with family, especially talking on the phone with her daughters, her big sister, Bea and a host of friends. On June 20, 2018, Jessica closed her eyes for the last time on this Earth. She was preceded in death by her grandparents, William and Beatrice Gates; parents, Lillie Mae and Jesse Travis; sister, Wanda Travis; and brothers, Raymond Lee Travis and Larry Michael Travis.  Jessica is survived by sister Beatrice Hymon; daughters, LaTania Bradley (Darnell) and Monique (Sean) Moore; grandchildren: Javin Bradley, Torre Carter, London Bradley, Jordan Brown, Steven Bradley. Also surviving are her nieces; Angela, Nicole, and Patrice a host of great nieces and nephews; Mike Steele (a brother from another mother), Sherry Mckinzie, Alcoholic Anonymous (AA) family, Veteran Administration (VA) and her West Virginia family and a host of family and friends around the country.  At this time, there will not be any services held with the funeral home.  Online condolences may be expressed to the family below.FC18-082

Jessica Kendra Travis was born to Lillie Mae (Gates)Travis and Jesse Ted Travis, in Harrisburg, Pennsylvania, on September 24, 1950. Jessica moved to Chicago at an early age. She was educated through the Job Corp system in Texas, where she graduated... View Obituary & Service Information

The family of Jessica Kendra Travis created this Life Tributes page to make it easy to share your memories.

Jessica Kendra Travis was born to Lillie Mae (Gates)Travis and...

Send flowers to the Travis family.