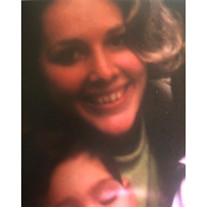 Lynda Lee Spears-Somuano, 77, passed peacefully on Wednesday, August 28, 2019 from this life into the hands of God in the quiet of night with a song in her heart and a prayer on her lips.  She was born on March 4, 1942, the daughter of the late Harold and Elizabeth (Lincoln) Spears.  Lynda spent her early childhood dancing in the backyard on Monroe Avenue in Huntington, WV.  Her formative years were balanced between her mother's restaurant, The Viking Lunch, and Fort Gay Jr. and Sr. High Schools, where she continued her dancing, singing and piano playing.  She led the FGHS marching band as a majorette and soloed regularly at the Fort Gay United Methodist Church.  It seems that the spotlight was always drawn to Lynda. Lynda's lyrical path took her to Marshall University, where she met Dr. Daniel Somuano, a physician from Mexico, whom she would eventually wed and bring into the world four beautiful children, Dalynn Michelle, Daniel Jose, Deborah Liza and David Keith, all who were raised by a caring family in Mexico City, converging the cultures of two homelands, West Virginia and Mexico. Lynda followed her destiny in music throughout Mexico and the United States, becoming a standard entertainer at multiple venues.  Even from her on-the-road ventures, she never lost sight of family and the importance they held in her life. She continued her own mother's heritage as a seamstress and developed a late-in-life proficiency with crochet and watercolors as she completed her years at Heartland medical center. In addition to her parents, Lynda was proceeded in death by her younger brother, Daniel Edward Spears and long-time close friend and partner, Otis Daniels.  She leaves behind four children and spouses: Dalynn Michelle Somuano Spears Arcero and her husband Jaime Arcero Castro; Daniel Jose Somuano Spears; David Keith Somuano Spears and his wife Lourdes and Cicero Somuano Moreno, all of Mexico City and Deborah Liza Somuano Spears of Houston, TX.  Her second generation of grandchildren include: Miguel Alexis Somuano Spears, Mayda Arceo Somuano Spears, Dan Somuano Medina, Debbie Galvan Somuano Mosley and husband Joseph, Paola Robredo Somuano and husband Jeremias Fugon, Dario Somuano Cicero, Nadine Somuano Cicero.  A third generation of great-grandchildren is made up of Marcell, Angel and Elizabeth Fugon. Lynda is survived by her three brothers and sisters-in-law, Terry and Beverly Spears of Proctorville, OH; Dr. H. Keith and Rita Spears of Campbellsville, KY and Huntington, WV; and Dr. Timothy and Mimi Spears of Charleston, WV.  She also has a plethora of aunts and uncles, cousins, nieces and nephews who will miss her beaming smile. The legacy left by Lynda Lea Spears Somuano is one of love, goodwill and a cherishment for family, images of whom she kept nearby, even during her greatest physical challenges.  Not a day went by that she did not reach out or seek the interaction with those whom she loved. Her final wishes were that her passing not be a cumbersome event to her loved one.  Little did she know that without her presence in this living world, the task will be on all who try to fill the void which she filled with happiness. Listen closely and you may still hear her laughter linger. A graveside memorial service will be conducted at 2:00 P.M., Sunday, September 1, 2019 at the Fort Gay Cemetery in Fort Gay, WV. Online condolences may be expressed to Lynda's family below. FC19-083

Lynda Lee Spears-Somuano, 77, passed peacefully on Wednesday, August 28, 2019 from this life into the hands of God in the quiet of night with a song in her heart and a prayer on her lips.  She was born on March 4, 1942, the daughter of the late... View Obituary & Service Information

The family of Lynda Lee Spears created this Life Tributes page to make it easy to share your memories.

Send flowers to the Spears family.