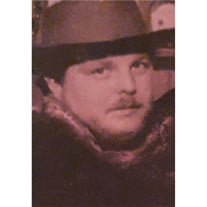 Randal Wayne Farley Of Huntington, WV, passed away February 21, 2021, at the age of Sixty-One years. He was born September 24, 1959, to the late Elva Delmer & Mable (Booth) Farley. In addition to his parents, he was also preceded in death by... View Obituary & Service Information

The family of Randal Wayne Farley created this Life Tributes page to make it easy to share your memories.

Send flowers to the Farley family.