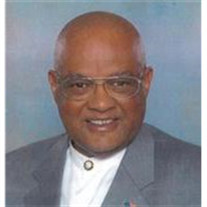 Raymond Ridgeway,76, of Huntington, WV went to be with the Lord at home on Tuesday, December 27, 2011 following a lengthy illness. Born on January 23, 1935 in Ashland, Kentucky, Ray was adopted by Daisy and Houston Ridgeway and raised in Ironton, Ohio. He attended Ironton High School and received a scholarship to attend the Cincinnati School of Art. Instead, he joined the US Air Force. Ray had a passion for painting watercolor scenes, and later parlayed that interest into painting commercial properties and houses as a hobby. Ray retired from American Electric Power after 29 years. Many customers on his assigned routes appreciated his personality. Some were so fond of him; they freely shared their home-grown fruits and vegetables as a token of their appreciation of his friendly personality. Ray was an avid bowler who organized many tournaments on behalf of the VA Medical Center. He achieved semi-pro status in the sport and earned his place in local history by bowling a perfect 300 game at the Colonial Lanes of Huntington in 1989. He was also very active as an umpire in the local youth baseball leagues for years. Perhaps he will best be known for his constant laughter, sunny personality, willingness to lift others' spirits, and the work he did as a dedicated volunteer at Cabell Huntington Hospital. Whether helping families whose loved ones were in ICU, or working the hospital's book, jewelry, and uniform sales, Ray was well known throughout the hospital community. He became President of the CHH Auxiliary with over 10,000 volunteer hours, and was also named the WV State Hospital Volunteer of the Year for 2009. For many years, Ray enjoyed gathering with his closest friends and Tudor's Biscuit World employees for morning breakfast and conversation. The restaurant owner even named a special sandwich, The Ray-Ray, in his honor and testament to their long-term friendship. Ray will be missed by many and will remain in our hearts forever. His parents, Daisy and Houston Ridgeway of Ironton, Ohio; sister Wilahmena Wynn of Cincinnati, Ohio; sister Iinthia Harris of Dayton, Ohio, and brother James of Wichita, Kansas, predecease Ray.He is survived by his loving wife of 50 years, Sylvia, their four children, Keith (Leslie) of Glenn Dale, MD.; Troy (Vanessa) of Upper Marlboro, Md.; Bryan of Costa Mesa, CA.; and Shelly (Frank) Betz of Huntington, WV.; four grandchildren, Branden, Clarke, Carsyn and Tory; sister Vera Farrow of Ashland, KY.; brothers Theodore Bryant of Dayton, Ohio, and Robert Simpson of Cincinnati, OH., as well as a host of other family members. The family would like to thank the host of Physicians and Medical staff who cared for this loving man, as well as respectfully requesting memorials be made in his honour to Hospice of Huntington, 1101 Sixth Avenue, Huntington, WV 25701 by mail or online at www.hospiceofhuntington.org Visitation is 6 to 8 p.m. Friday, December 30, 2011, at Ferrell-Chambers Funeral Home, 924 20th St., Huntington. Funeral services are 11 a.m. December 31 at First Baptist Church in Huntington.

Raymond Ridgeway,76, of Huntington, WV went to be with the Lord at home on Tuesday, December 27, 2011 following a lengthy illness. Born on January 23, 1935 in Ashland, Kentucky, Ray was adopted by Daisy and Houston Ridgeway and raised in Ironton,... View Obituary & Service Information

The family of Raymond Ridgeway created this Life Tributes page to make it easy to share your memories.

Raymond Ridgeway,76, of Huntington, WV went to be with the Lord...

Send flowers to the Ridgeway family.