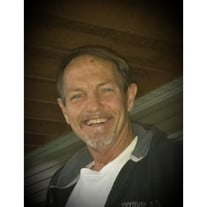 Robert "Tommy" Lucas of Salt Rock, WV, went home to be with the Lord on December 16, 2020 at the age of Sixty-One years, Nine months & Twenty-Seven days. He was born February 19, 1959 in West Hamlin, WV to the late Leonard Lucas & Willa Marie... View Obituary & Service Information

The family of Robert Thomas Lucas created this Life Tributes page to make it easy to share your memories.

Robert &quot;Tommy&quot; Lucas
of Salt Rock, WV, went home to be with...

Send flowers to the Lucas family.