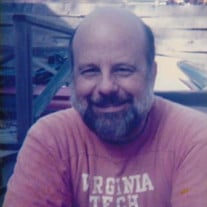 William (Bill) A. Thomas, Jr. , 86, Milton, WV, died on July 24, 2021. Born on February 15, 1935, in Pittsburgh, PA, he is the son of the late Justine Thomas and William A. Thomas. Bill attended Central Catholic High School in Pittsburgh, PA and attended Virginia Tech, receiving bachelor and master’s degrees in Engineering. On July 31, 1984, he married his love, P.J. Thomas in Columbus, GA. Bill was a devoted husband to his dearest P.J. who he married in Columbus, GA on July 31, 1984 and who passed away on March 31, 2015. He is survived by his four children: Diane T. Smith (Emmett), Roanoke, VA, Teri T. Anderson (Keith), Milton, WV, Lisa T. Lambert (Thomas), Moneta, VA and William A. Thomas, III, (Alper Ojalvo) New York, NY. He is also survived by three stepchildren: Kristen J. Doddo (Michael) Dickson, TN, David B. Hall (Carmen) Green Bay, WI, and Kara E. Hall, Virginia Beach, VA.; his grandchildren Thomas, Melissa; Samuel; Patrick and Brynn; and seven step-grandchildren: Kourtney, Hailey and Gavin; Kathleen, Justin and Madison; Andrea. In addition, he is survived by his newborn great-grandson, Wyatt Christopher Benson. He is further survived by his brothers and sisters: Carole T. Finch (Richard), Janet T. Crosman (Christopher), Richard M. Thomas (Audry), Albert Thomas. He was preceded in death by his parents. Bill will be sadly missed by all who knew him. When someone you love becomes a memory, the memory becomes a treasure. May he rest in peace. A memorial will be held in Bedford, VA on a future date to be determined. In lieu of flowers, any memorial tributes may be made in the form of a donation to Alzheimer’s research. Ferrell-Chambers Funeral Home, Huntington, WV is in charge of arrangements.

The family of William "Bill" A. Thomas Jr. created this Life Tributes page to make it easy to share your memories.

Send flowers to the Thomas family.